Respect & the power of one !

I am so very grateful and proud of the following people for taking the time and making the effort to show the world that”one” individual, using “one” word, can be the catalyst for a large number of people to think and contemplate the simple message of RESPECT for the world we live in!

I am looking forward to this becoming the most visited page on this blog and hope the example of these people inspires a whole lot more of you to follow their lead and send us a  RESPECT photo from your part of the world ;-)

If you haven’t read the post that started it all you can do so here:  Respect & the power of one! 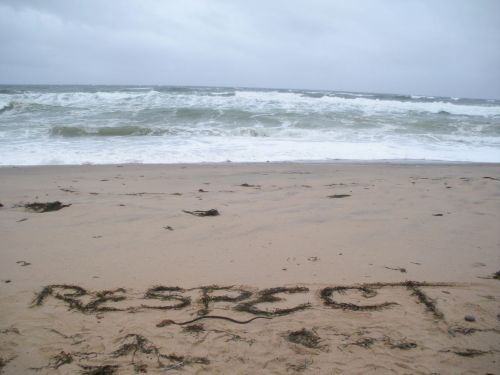 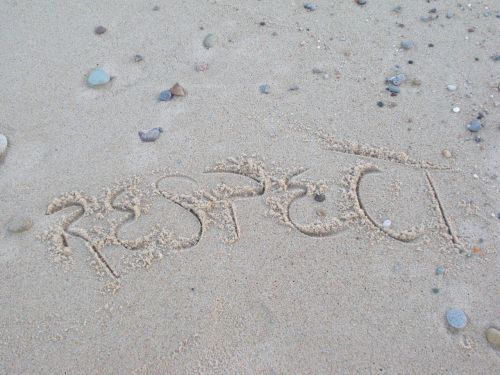 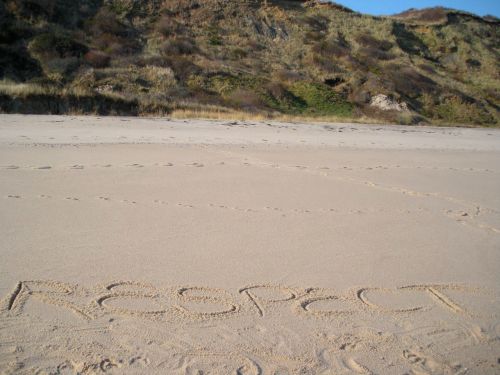 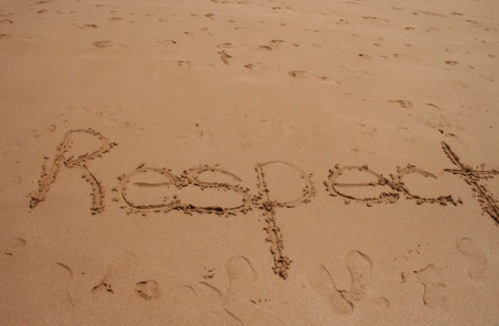 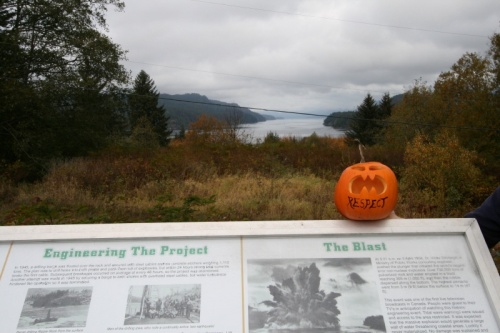 Hello Michael,   the days following halloween, a lot of people put there pumpkins along the side of the highway and at night driving along most of them have been lit. Quite an amazing sight. So I decided to write “respect” on our pumpkin and leave it at a lookout where a lot of people stop to see the view. In the picture you can see the blast to remove what was called ripple rock, a navigational hazzard to all ships large and small that came through the narrows. This passage of water is called Semour Narrows and is just a few miles north of where I live in Campbell River B.C. Canada. I know a lot of people will see the respect pumpkin and ponder it’s meaning.

Phoenix, Arizona, the 5th largest city in the United States, is home to
Camelback Mountain, a 400 meter lump of granite which,
according to geologists, is about 1/10 as old as the Universe itself.
Starting hours before dawn every day, parking as much as a mile away,
or waiting in line for a chance at a closer spot, a steady stream of hikers
attempt its summit. 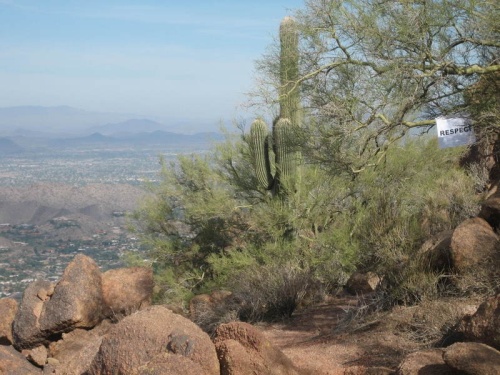 Those who reach their goal will be greeted by both a token acknowledging their
accomplishment, and a simple message to take back down the mountain.